The English Drama Group was founded in 1975 and has been a part of the university ever since. At the end of each semester, a new play is performed. During the last few years, the EDG has experimented with different types of theatre, e.g. immersive theatre, promenade theatre, improv theatre, while also putting on more traditional forms of stage plays. All of our past productions were very well received by our audience.

In the EDG, we communicate exclusively in English. Members of the group will therefore not only get to know a new play each semester (which might be very useful for their studies) and contribute to its production, but will also improve their English. Moreover, we organize socials and fundraisers (e.g. The English Pub Quiz), which makes the EDG a great place to get to know new people and make friends.

We are always looking for new actors/actresses and backstage staff. If you would like to join the EDG, pleace proceed to the contact page. 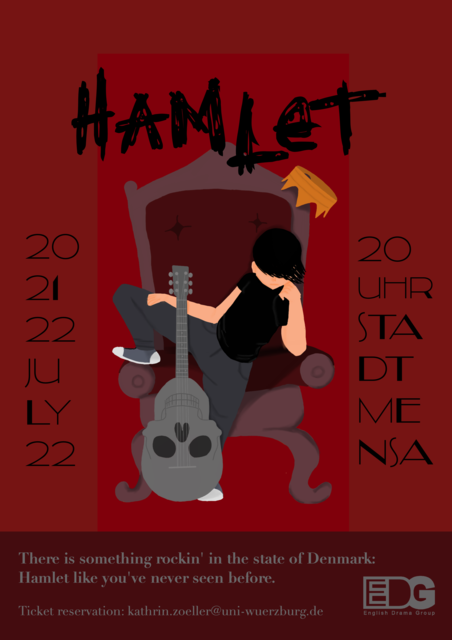